To illustrate Uldis Bērziņš’ (1944) significance in Latvian letters, a good start would be noting that he has translated such diverse works as the Quran, the Icelandic Eddas, as well as parts of the Old Testament into Latvian. Bērziņš’ own poetic output, meanwhile, is instantly recognizable but not easily described. In addition to a reverence for the sacred and finding its presence in the high and the low orders of human experience, it is characterized by a focus on language as a sovereign phenomenon – indeed, Bērziņš repeatedly envisions language as something of a primordial, life-giving substance.

Poet Uldis Bērziņš continues to possess a towering stature, though one should add that, in general, the importance of poetry has waned since the fall of the Soviet Union. Today’s young writers stumble upon a linguistic treasure trove when they encounter Bērziņš’ translations and original works. His unsurpassed knowledge of global literature and foreign languages has made the young literary critic and poet Raimonds Ķirķis (1997) speculate, in jest, that Bērziņš is a reincarnation of someone living before the Tower of Babel.

In the context of the 1960s and 1970s, Bērziņš also stands as a more challenging, or opaque, counterweight to poets Imants Ziedonis (1933–2013) and Ojārs Vācietis (1933–1983), both included in the Latvian Culture Canon. Despite circulating in readings and clandestinely throughout the 1970s, Bērziņš’ first collection, “Monument to the Goat” (Piemineklis kazai, manuscript finished 1970) only appeared in 1980.

The belated appearance of his first book illustrates Bērziņš’ problematic relation to the Soviet authorities: it was only allowed to appear after he agreed to excise the series of poems “The Bank of the Daugava River” (Daugavmala) about the ill-fated attempt in 1919 by an army of German and Russian mercenaries, led by Pavel Bermondt-Avalov, to take Rīga from national freedom fighters in the hazy aftermath of the First World War.

Though politics is rarely at the foreground of his poetry, Bērziņš is at times unabashedly nationalist (or linguist, as his focus ever remains on language). In aforementioned “The Bank of the Daugava River” he combines an aristocratic pathos of distance (against German and Russian soldiers who had no business being on Latvian soil) and a democratic affinity with fellow men, friend or foe. As such he gives a positive, refreshing example of loving one’s country – in a sense, this is compounded by the fact Bērziņš would head the Latvian Social Democratic Workers’ Party 1990–1992.

Some of Bērziņš’ poems have been perceived as opaque, particularly the ones veering towards the metaphysical. But he has been quoted as saying that the more complex the world, the better it is. This at bottom very democratic sentiment also gives a clue as to how one can approach Bērziņš’ poetry: there is no poet uploading choice verities to the reader’s mind. Instead, there are letters and words, and verses, and poems, and books. Above all – there is language.

“It seems that, for all his life, Uldis Bērziņš has been writing a single gigantic text, each poem a fragment wrested out from silence”, said critic Guntis Berelis (1961), summing up Bērziņš’ oeuvre, which is not unlike that of Ezra Pound in this regard. His most recent collection, “Idylls” (Idilles), was published in 2018. It is a continuation of Bērziņš’ earlier works, of which “Monument to the Goat”, “Poetico-Belarussian” (Poētisms baltkrievs, 1984), as well as “Assassinations That Never Happened” (Nenotikušie atentāti, 1990) established him as a genuine master.

The poetry of Uldis Bērziņš has been translated into English, Estonian, Lithuanian, Norwegian, and Russian. He translates from the Polish, Russian, Old Icelandic, Turkish, Azerbaijani, Turkmen, Persian, Ancient Hebrew and Arabic. 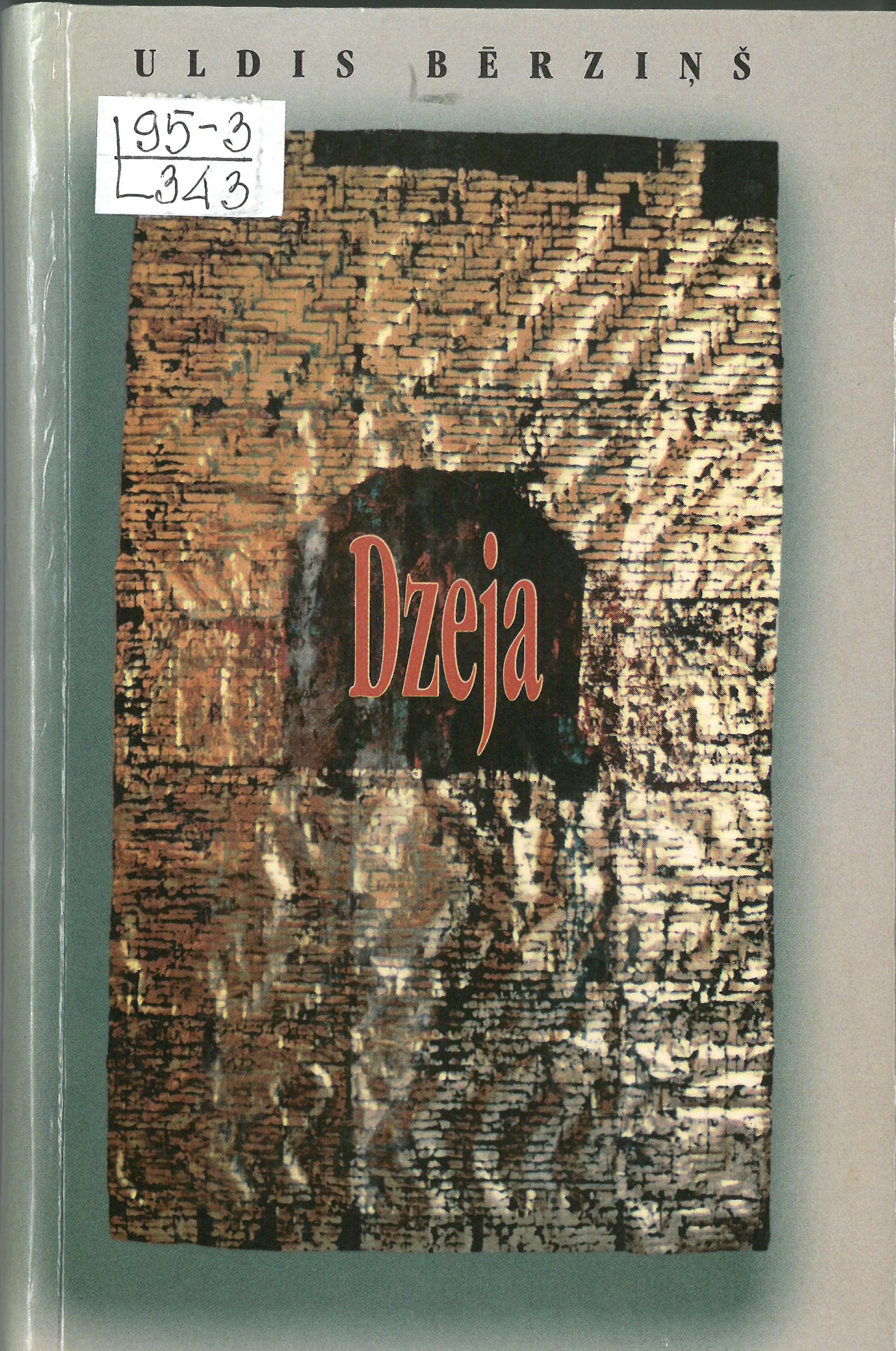 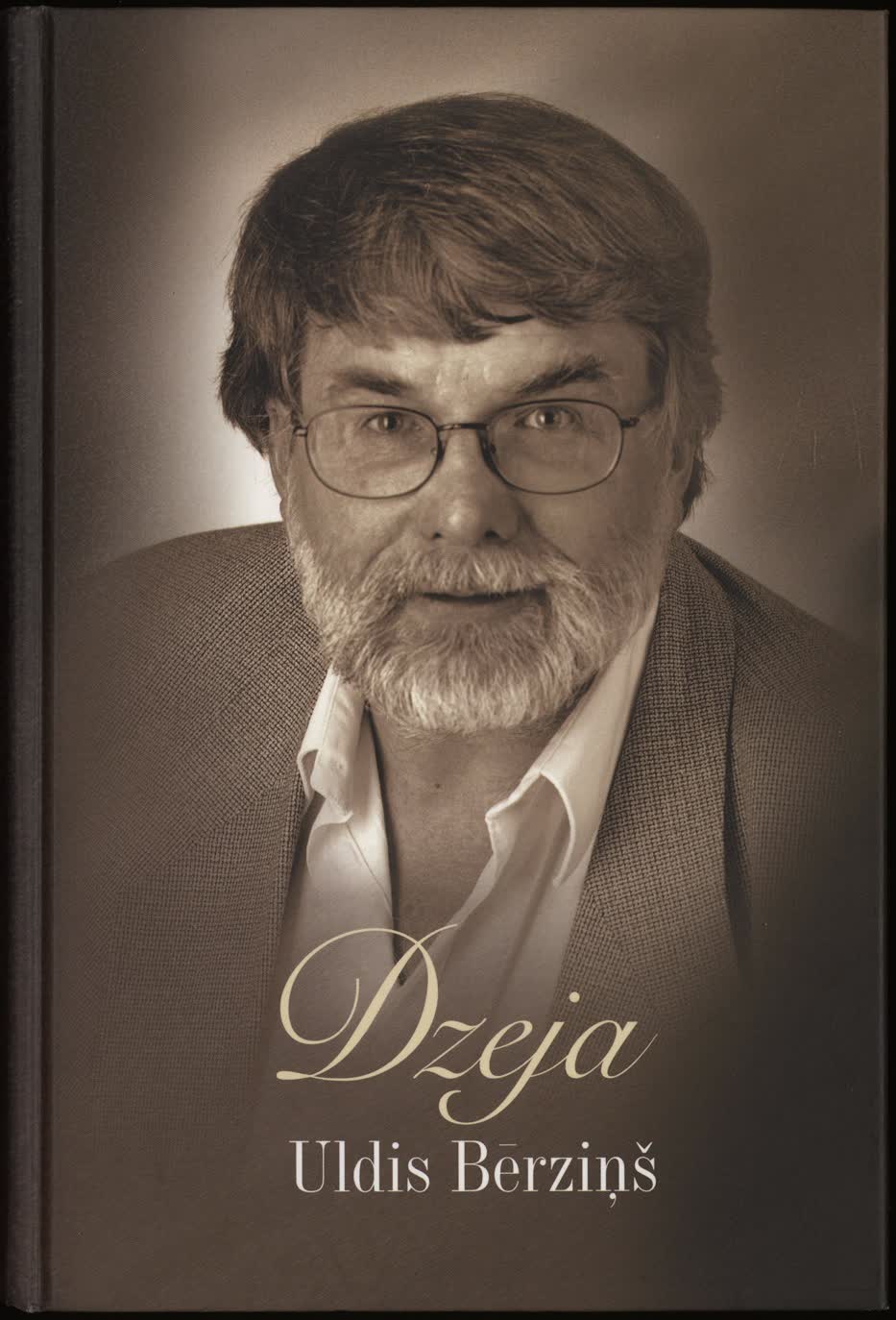 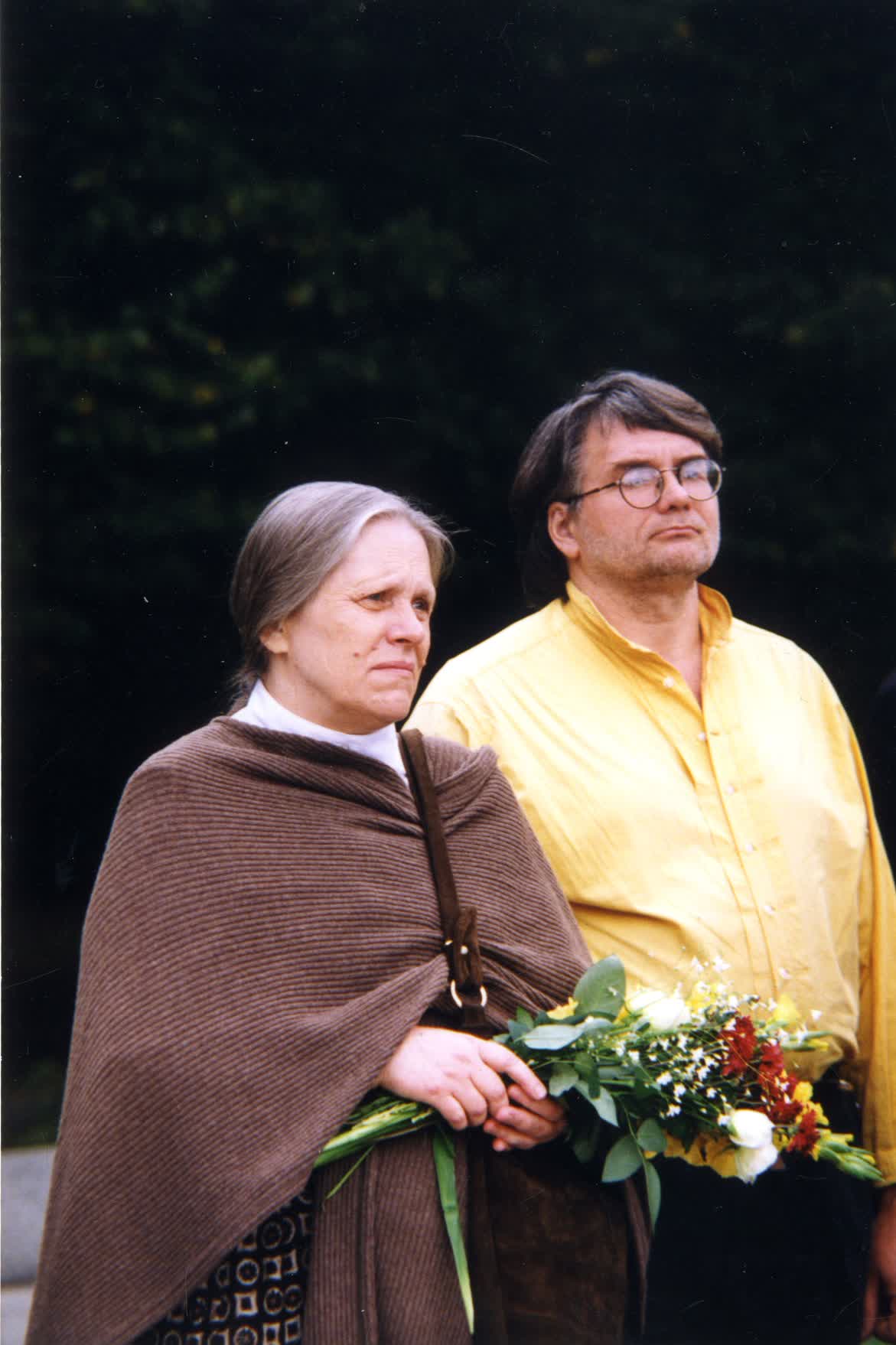 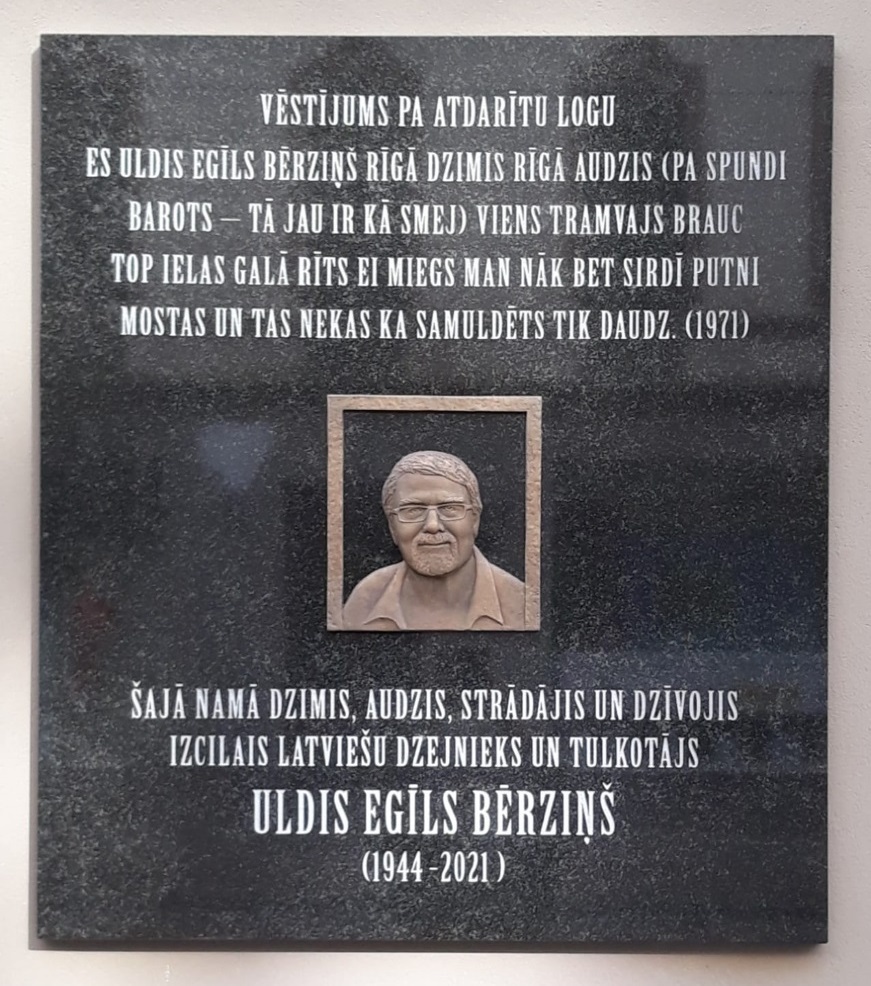 Guntis Berelis on Uldis Bērziņš in the Latvian Culture Canon, 2008. (in Latvian)

Autograph of the poem "Lejiet to duļķaino sauli, grieziet to maizi…" by Uldis Bērziņš. 1975. National Library of Latvia, Collection of Rare Books and Manuscripts. (in Latvian)

Guntis Berelis on Uldis Bērziņš in the Latvian Culture Canon, 2008.