Latvia’s sole remaining wooden concert hall came to life in the 1930s, has borne witness to changing powers and experienced revamps and additions throughout. Its current look is a combination of the original, mid-20th century and early 2000s architecture. Such is the one and only Dzintari Concert Hall in the beach resort of Jūrmala, which has hosted performances by the likes of celebrated opera singers, orchestra, pop musicians, comedians and others.

For many years, Jūrmala has been graced by the sounds of live music in summer. The resort’s concert tradition started in the 19th century when the well-to-do and educated holidaymakers sought entertainment.

In light and honour of Russian tsar Alexander II’s daughter’s marriage to the Duke of Edinburgh, the area of Jūrmala now known as Dzintari was renamed Edinburgh. Therefore, in 1897 when the tsar supported the founding of an open-air venue, it was called Edinburgh Concert Garden. Soon, both musicians and listeners began to complain about the effects of the weather on performances.

This lead to the building of a new wooden structure in 1936, designed by architects Aleksandrs Birzenieks (1893–1980) and Viktors Mellenbergs (1905–2001), and constructed from materials sourced from former summer residences. Inside, as was common for Art Deco designs, the colour scheme was dark, however, yet again, the 400-seat venue was only suited for use in summer – the key holiday season.

The front of the venue is its most striking feature and can still be seen in its original shape and form today, having been painstakingly restored in 2015. Also restored are some of the wall paintings by artist Ansis Cīrulis (1883–1942) in the lobby. Unfortunately, many were damaged beyond repair when they were painted over in the Soviet era. At the time, this was a typical policy.

Said era resulted in more changes as architect Modris Ģelzis (1929–2009), engineer Andris Bite (1922–2002) and acoustician Alberts Vecsīlis (1903–1988) were roped in to design an additional 2000-seat open-air venue, which was tacked on to the original 1930s structure. The modernist design is complemented by the surrounding dunes and pine trees, and nearby sea, the sound of which makes concerts even more enjoyable. The venue became well known in the Soviet Union, and numerous international orchestras performed there.

Nowadays, concertgoers enter through a contemporary glass structure which houses the entrance lobby and cafe-restaurant. Depending on which venue the event is taking place in, one’s path might lead downstairs or straight through to the open-air space. The former leads via the cloak room in the basement and back up to the 1930s indoor hall, which was given a facelift and re-equipped to suit contemporary needs in 2015 by architects Mārtiņš Jaunromāns (1977) and Māra Ābele (1977). It’s often used as a venue for conferences, as well as performances, and has been adapted for year-round use.

A separate building sits alongside Dzintari Concert Hall and serves as its ticket office. This was built in 2006 and designed by Sandra Laganovska. That year was also significant for the hall’s gardens, which were given a new lease of life by landscape architect Inese Grundule (1948).

Truly one-of-a-kind, Dzintari Concert Hall harmoniously weaves together the work of numerous architects and the signs of very different times. It’s no wonder that it’s considered a highlight on the Jūrmala tourist trail. 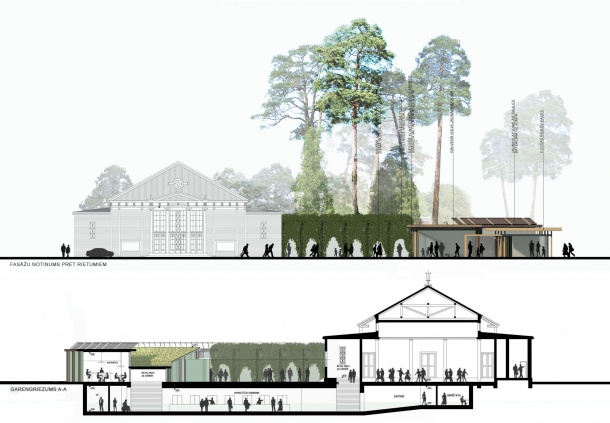 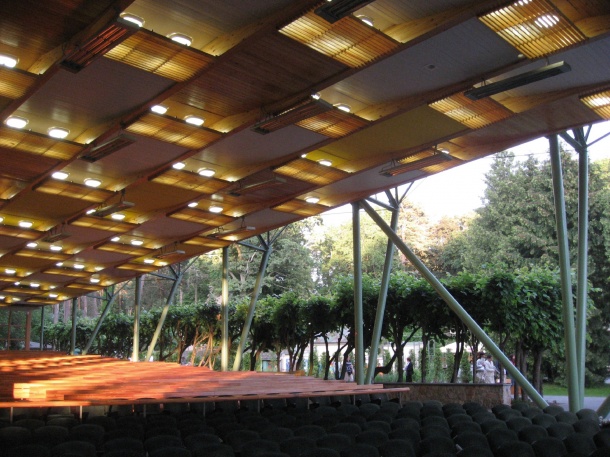 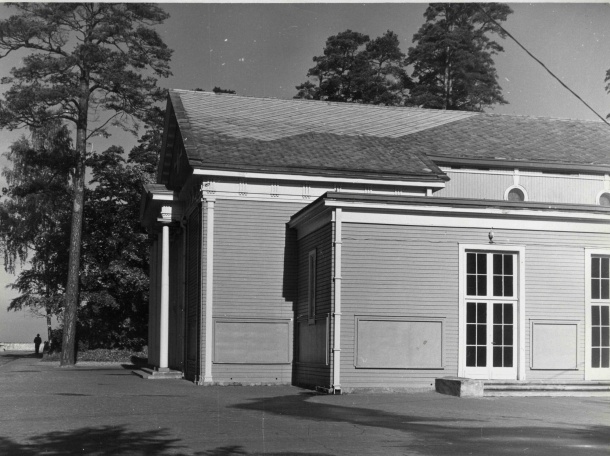 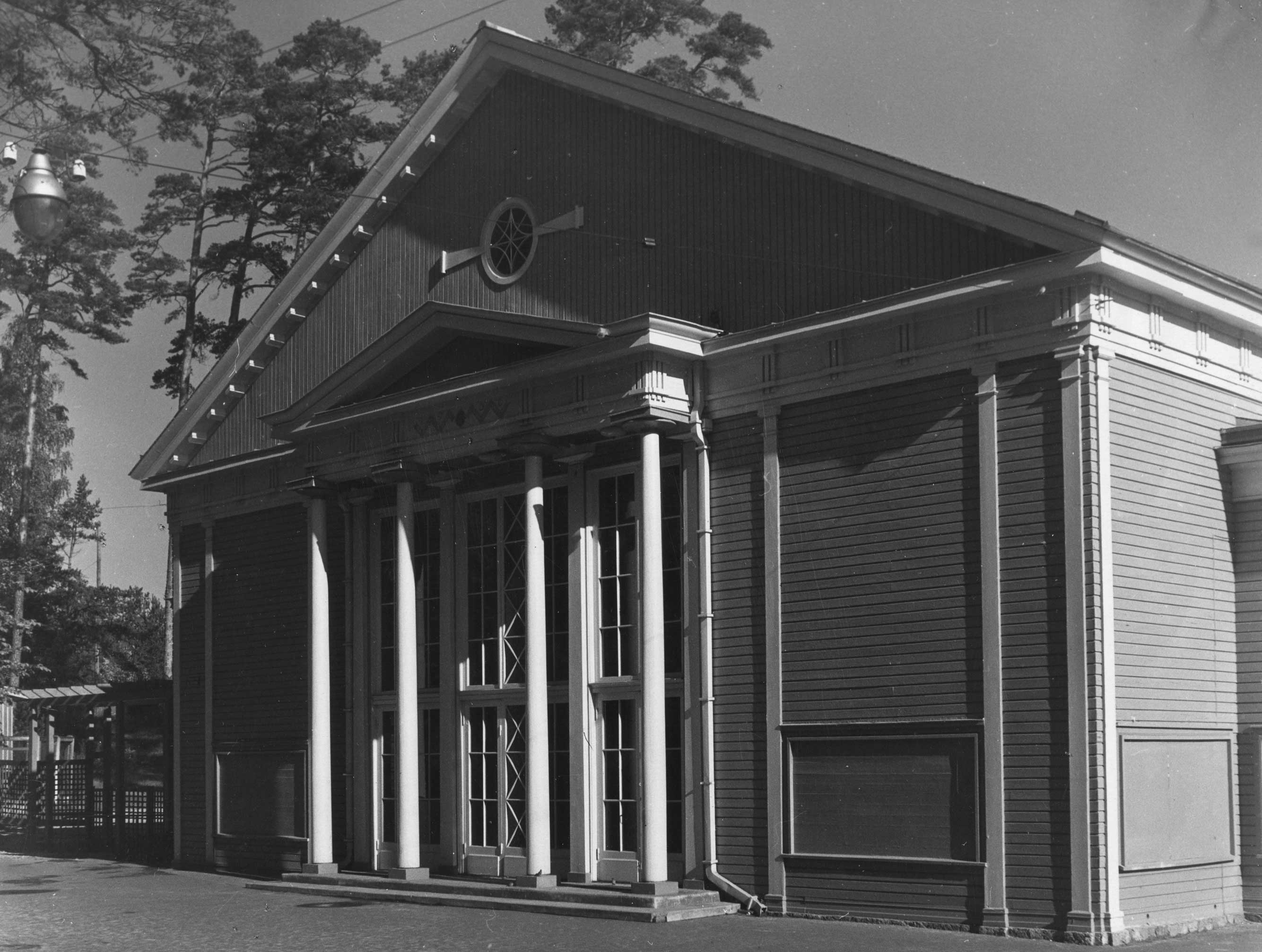 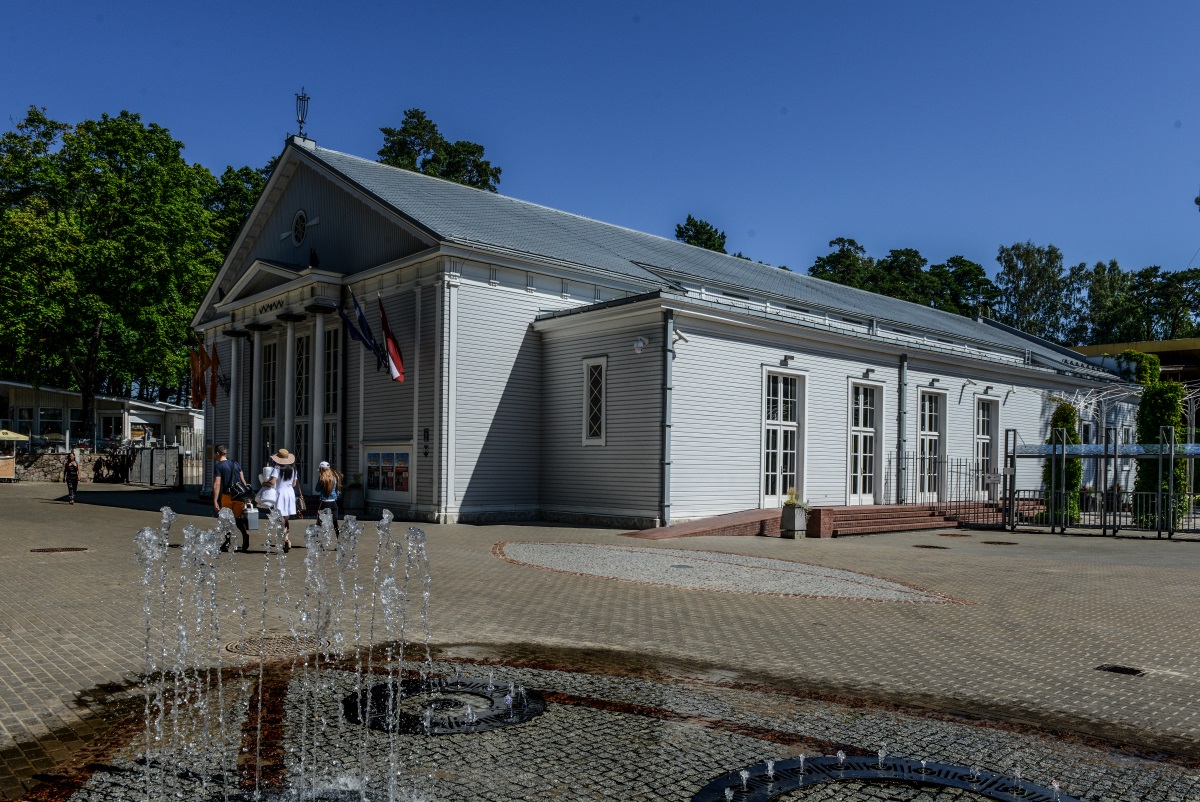 Anita Antenišķe on Dzintari Concert Hall in the Latvian Culture Canon, 2008. (in Latvian)