The 1920s production of “Baltars” porcelain and faience painting workshop is an outstanding realization of Art Déco in Latvian applied arts. It left its indelible mark on the development of art porcelain and Latvian decorative arts and formed an important part of Latvian Classical Modernism of the 1920s. The limited editions of its products became well regarded and popular among the public and critics alike and also received international acclaim.

The workshop was established in 1924 and existed until 1930, but was most productive between 1925−1927 when about 300 unique pieces were created: mostly decorative plates, vases and china sets.

The workshop was a result of artist Romans Suta’s (1896−1944) resolve to cultivate a creative environment where artists could combine the ethnic tradition with modern art. He found several like-minded colleagues and together they established “Baltars” (a play on the Latin phrase ars Baltica – Baltic art). In addition to Suta, the other two leading artists at “Baltars” were graphic artist Sigismunds Vidbergs (1890–1970) and the talented painter Aleksandra Beļcova (1892–1981). Important for the development of “Baltars” unique style were also the painters Erasts Šveics (1895–1992) and Lūcija Kuršinska (1894–1976) as well as Dmitry Abrosimov, the experienced technologist who was responsible for transferring the artists’ designs onto the actual objects.

The “Baltars” group wanted to take a different route from the mass production of the big china factories and also from the traditional Latvian potters who tried to stylize ethnographic ceramics. “Baltars” aimed at finding an innovative artistic solution to painting porcelain and realize Suta’s idea of combining the Latvian folk tradition with cubism, constructivism, Art Déco, and other modernist visual styles.

Each of the leading artists expressed him/herself in their characteristic way, but they shared the ability to vary abstract motifs in different forms and relationships between line and colour.

Romans Suta brought to “Baltars” the motifs and themes in which he was interested in easel-painting: country life, the hustle and bustle of the big city, theatre and carnival motifs, as well as historical subject matter; he also made many designs that centred on the theme of wedding.

Aleksandra Beļcova’s choices in motifs and composition were similar to Suta’s, but her special touch was bright, saturated colours and work in the Suprematist style, which in time was replaced by a return to realistic forms and precision in drawing.

The third “Baltars” star designer Sigismunds Vidbergs was a graphic artist with a penchant for laconic, black-and-white compositions in style, but not in subject matter, somewhat akin to Aubrey Beardsley. His work exhibited influences from futurism, Art Déco and, on occasion, Art Nouveau.

“Baltars” was active at a time when the Republic of Latvia was in its infancy and the search for a national identity in Latvian art, on the one hand, and contemporary European expression, on the other, were what most ambitious Latvian artists shared. “Baltars”, with its team of young artists, affirmed its position among European equals at the legendary 1925 International Exhibition of Decorative and Industrial Arts in Paris, which showcased the latest trends in European art, by fetching two gold and one bronze medals.

Ninety years after the “Baltars” workshop closed in the summer of 1928, it remains a legend and a model of elegance and sophistication among Latvian artists and the general public alike. In the almost thirty years since Latvia regained independence, several books on the workshop and its artists have been published. In 2012, the exhibition “Riga Porcelain Art 1925−1940” was held in Moscow, complete with a lavish catalogue which prominently featured “Baltars'” production. In 2016, the Bank of Latvia issued a silver collectors coin to commemorate “Baltars”: its obverse features Suta’s work “Dance”, with the logo of “Baltars” on the reverse. Evidence to the continuing popularity of “Baltars” and its designs is also the temporary tattoos by “TAADA.AADA”, which, among other designs, features a motif from Suta’s plate “Wedding”.

The most extensive collection of china painted by “Baltars” artists is to be found at the Museum of Decorative Arts and Design in Rīga, but some works are in private collections. 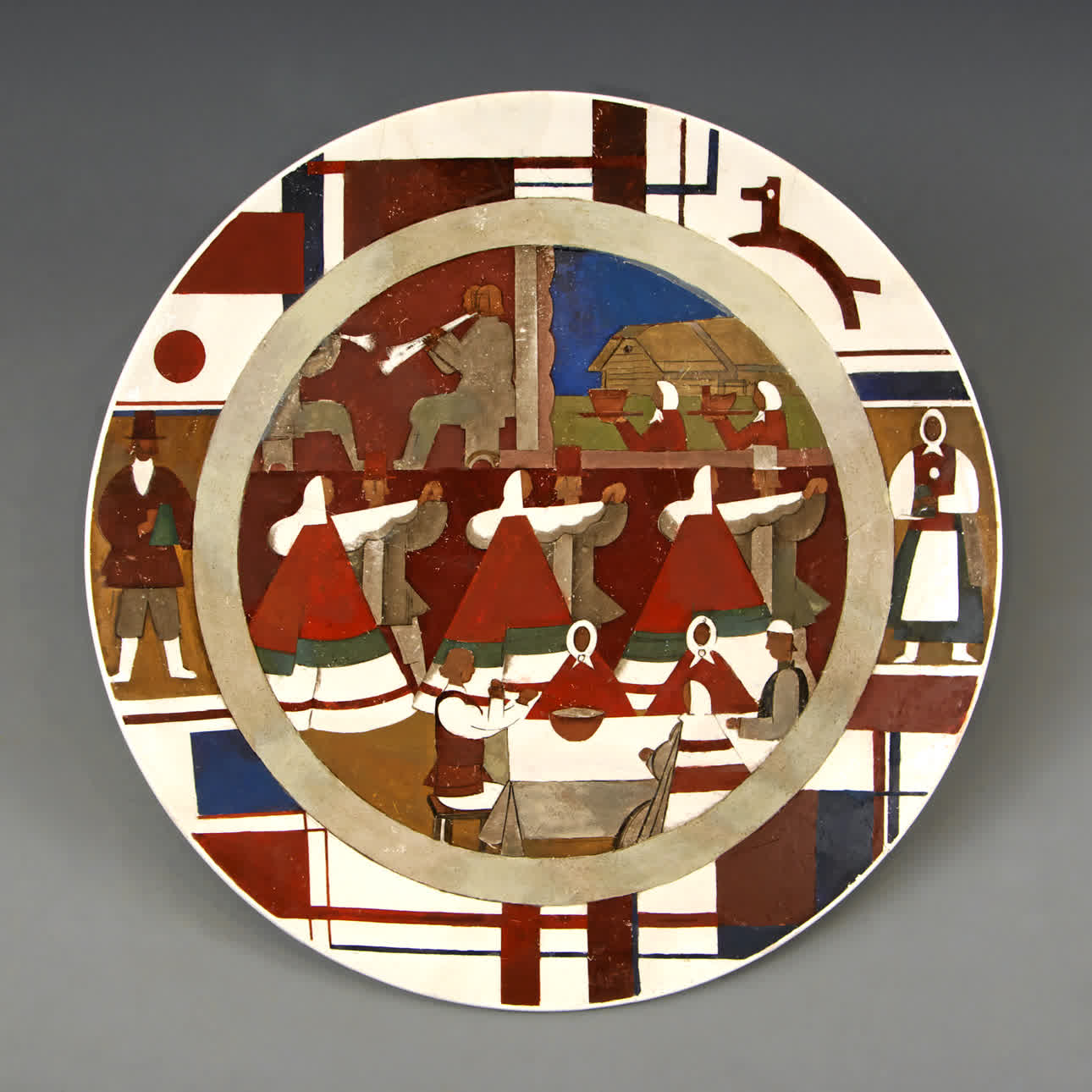 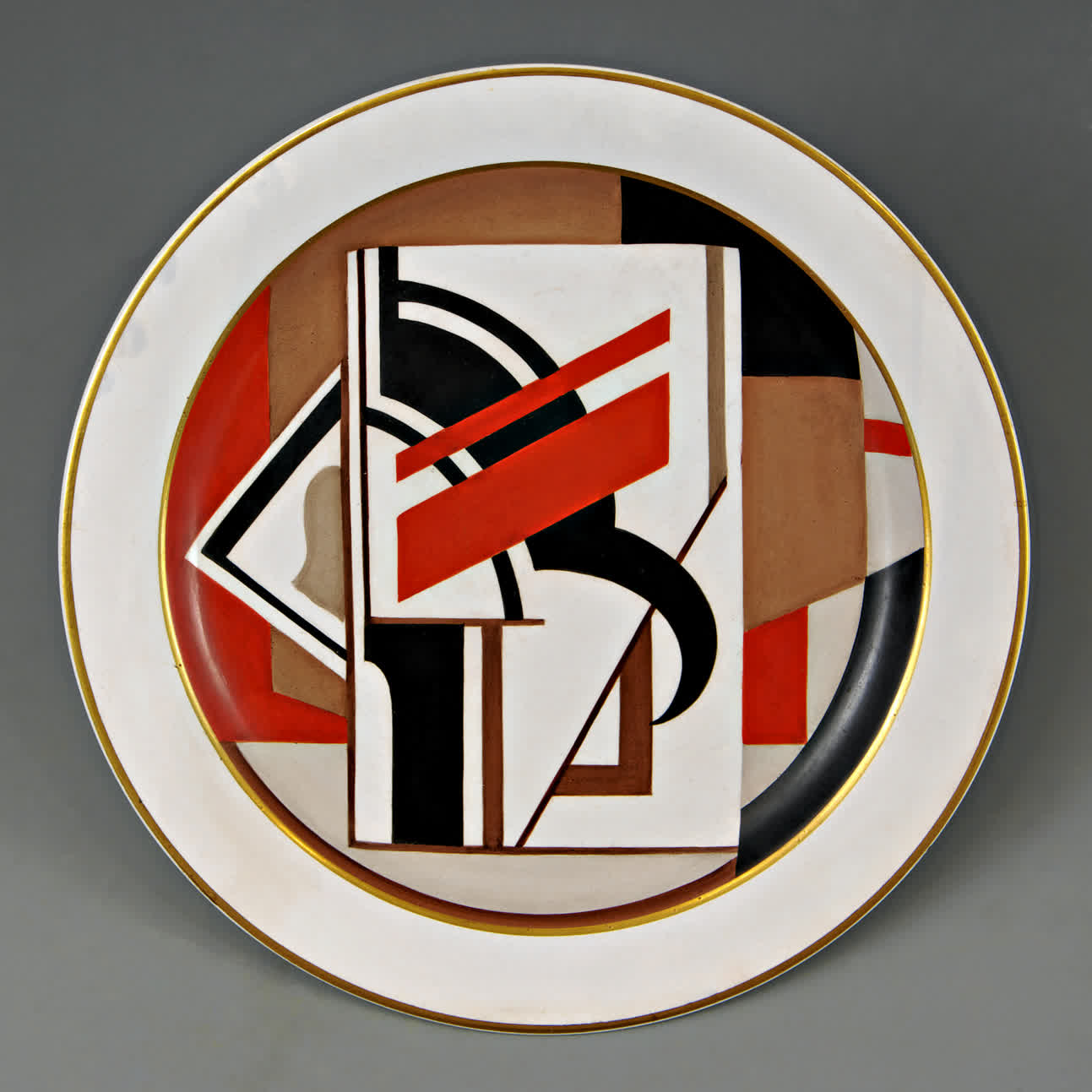 Documentary film “Riga Artist Group – Workshop Baltars” in the series “What is There So Contemporary”, Episode 17. TV Rīga 24, 2017.

Story about the “Riga Artist Group” and a safe start. National History Museum of Latvia, 2018.

Video for the exhibition “Romans Suta – 120. Universal Formula of Art” in the spring of 2017 in the Museum of Decorative Arts and Design in Rīga. Latvian National Museum of Art, 2017.

Animation for the exhibition “Romans Suta – 120. Universal Formula of Art” in the spring of 2017 in the Museum of Decorative Arts and Design in Rīga. Latvian National Museum of Art, 2017.

Eduards Kļaviņš on the porcelain workshop Baltars in the Latvian Culture Canon, 2008. (in Latvian)

Eduards Kļaviņš on the porcelain workshop Baltars in the Latvian Culture Canon, 2008.