The documentary film “Šķērsiela” is a colourful and moving, though often bleak snapshot of Latvia at the very tail end of the Soviet occupation, at a time when it was clear that major changes were to come but there was still uncertainty about the form they would take. Filmed in 1988 by the director Ivars Seleckis, in the midst of the social and economic upheaval resulting from perestroika, it’s a sympathetic but decidedly unprettified look at the lives of the people of Šķērsiela, an 800-metre-long residential street on the outskirts of Rīga.

Šķērsiela lies between the districts of Iļģuciems and Imanta, two “sleeping districts” dominated by the residential tower blocks constructed under the Soviet Union, but is itself much older: a street of detached, mostly wooden houses. It’s a picturesque setting, but at the time of filming many of these were in decidedly dilapidated condition, mirroring the often challenging lives of the people highlighted.

The cast of characters we meet on “Šķērsiela” vary greatly in age, personality and social positions. There’s “Aunt” Oliņa, a spinster with a decaying house, who goes out wearing an armband showing membership in a public order volunteer squad; it gives her a sense of authority but doesn’t stop her from being mocked by the increasingly disrespectful youth. There’s the cheerful figure of “Horseradish Pēteris”, whose home-made condiments are popular at Rīga Central Market, and whose wife watches him suspiciously for flirtations despite his seventy years. There’s deeply religious Aldis, who has taken the opportunities economic liberalisation has presented to build up his business providing stones for graveyards – a business which makes him an enormous amount of money but causes tensions with his neighbours.

The new freedoms are not only economic; we sense that the range of subjects that can be discussed has suddenly increased – including the question of the country’s dark recent history. A character watches a public demonstration at which the Soviet occupation of Latvia and Stalinist-era crimes are condemned, and the film closes with the street celebrating Līgo together – a traditional Latvian midsummer festival that was banned for most of the Soviet period.

Despite these changes, the inflexible and sclerotic Soviet system persists, and we see how it affects the lives of the people on the street. Jūlis, whose house is in a state of disrepair, describes how he’s been on a list to receive a flat since 1982. “I haven’t gained too much by honest work – except for grey hair and a hunched back”, he concludes. Meanwhile, his neighbour Daiga, a single mother with a newborn baby, is ordered to leave Rīga, where she has lived for four years, because she has failed to register with the authorities. The pain of Latvia’s recent past seeps through too, most obviously through the story of Ilga, deported to Siberia in 1941 with her family at the age of five, and her son Tolik, who is handicapped as a result of an illness contracted there.

Seleckis and his camera successfully infiltrate the little world of Šķērsiela, observing how its people get by and make a living and producing portraits that are moving and unvarnished. As well as filming them as they go about their business, Seleckis conducts short interviews with them: among the questions he asks most often is what they believe in. The response he often receives is that they can only believe in themselves.

Seleckis himself is a giant of documentary cinema. He made his first films in the 1960s, and continues working to the present day, with his latest film “Continuation” (Turpinājums, 2017), which follows the lives of five children in Latvia in the first year at school, released for Latvia’s centenary. He has twice returned to Šķērsiela – once in the late ’90s for “New Times on Šķērsiela” (Jaunie laiki Šķērsielā), and then again for “Capitalism on Šķērsiela” (Kapitālisms Šķērsielā), released in 2013. Both films see new arrivals to the street, and both also provide a reflection of the time they were filmed – wealthy new arrivals in the first reflect the huge fortunes suddenly available in business after Latvia’s independence and the transition to capitalism in the 1990s; in the latter, characters visiting family living in the UK and Germany remind us of the huge rise in emigration for work that followed the country’s accession to the EU in 2004.

You can watch the film online for free within Latvia on the portal www.filmas.lv or at the Audiovisual Reading Room at the National Library of Latvia. 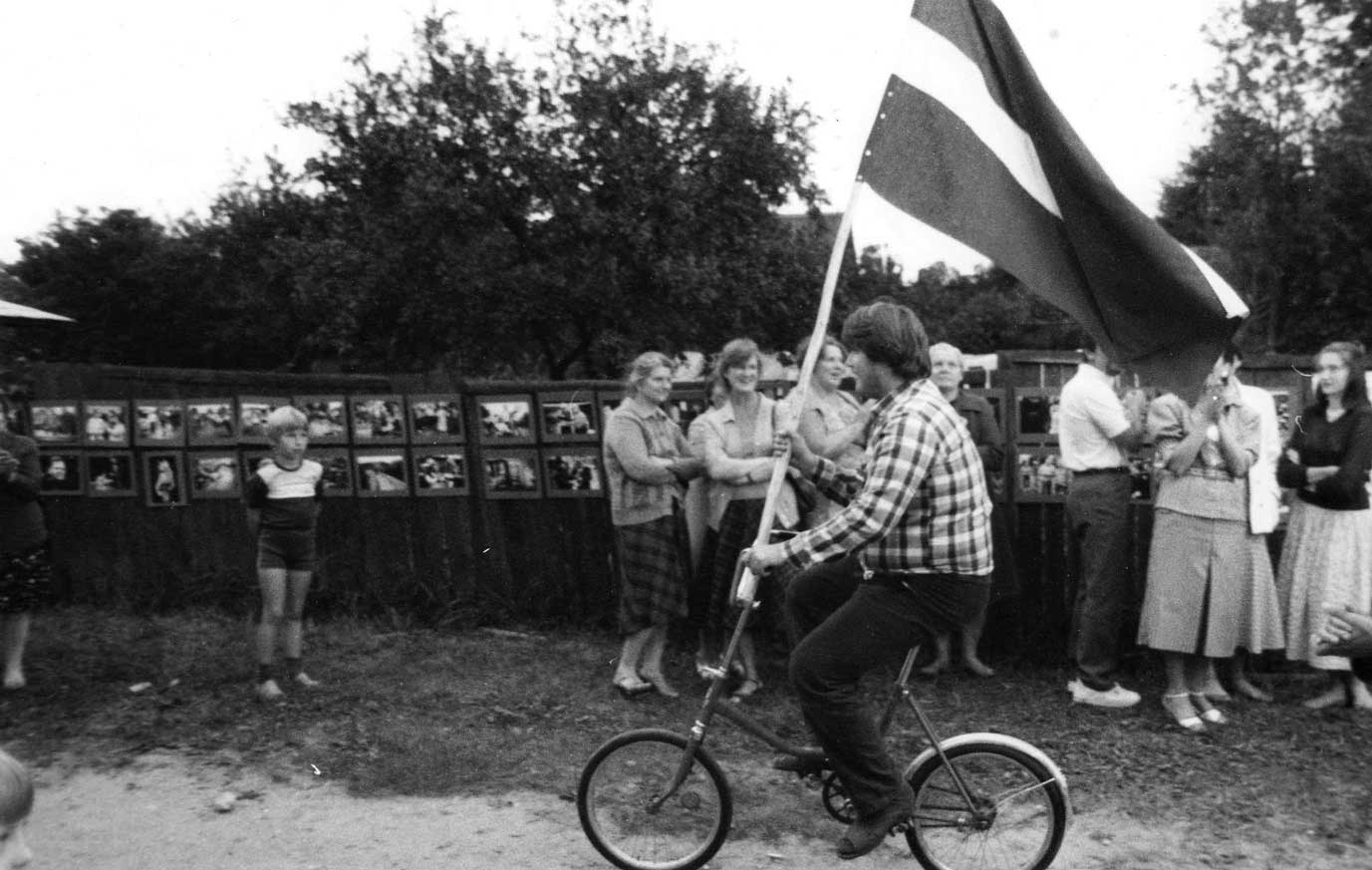 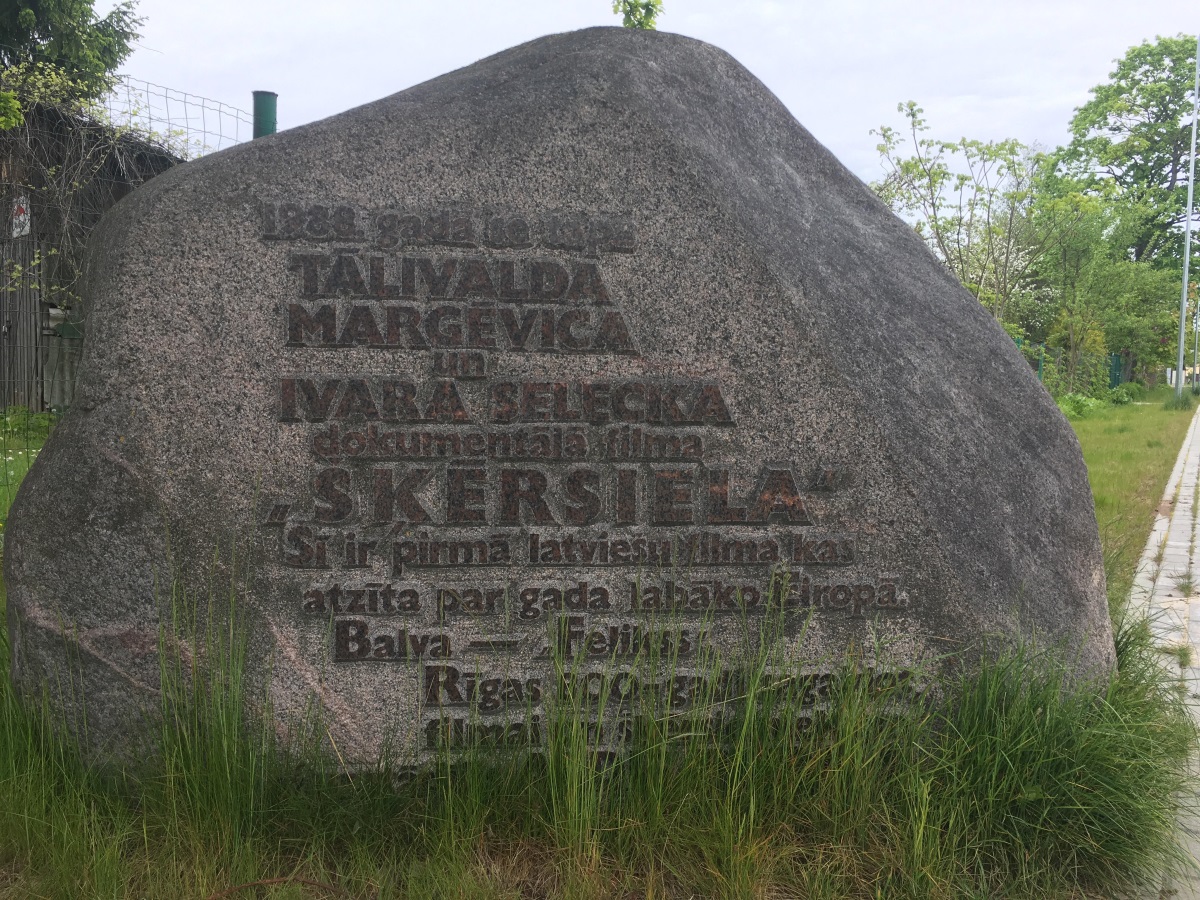 Dita Rietuma on the documentary "Šķērsiela" in the Latvian Culture Canon, 2008. (in Latvian)

Dita Rietuma on the documentary "Šķērsiela" in the Latvian Culture Canon, 2008.