The 1970s and 1980s were the most notable period in Latvian poster art, with posters not only performing an informative function but were sovereign works of art in the graphic design genre. Several generations of poster artists were active at the same time, creating a particularly dense landscape of outstanding works. Among the most accomplished artists of that period were Juris Dimiters (1947), Ilmārs Blumbergs (1943–2016), Gunārs Kirke (1926–1993), Laimonis Šēnbergs (1947), Georgs Smelters (1942–2014) and others.

After the famous 1962 Manezh exhibition in Moscow, where artists, trying to make use of the relaxing of the ideological strictures had exhibited works that reflected some of the latest trends in Western art, but met with Khruschev’s indignation, new restrictions were once again placed on painting and sculpture. Some artists therefore chose design, architecture or applied arts, where the atmosphere was more relaxed and more abstraction and modern tendencies were tolerated. Poster art was also flourishing in other countries of Eastern Europe, particularly in Poland. Latvian artists knew very well what was happening there and were influenced by it. Posters were easy to transport and could be sent by post, therefore Latvian artists could take part in foreign competitions where they sometimes won prizes.

The 1963 poster for Leo Kokle’s (1924–1964) exhibition by Gunārs Kirke is widely considered the beginning of modern Latvian poster art. In 1966, the First Poster Exhibition took place. Alongside posters commissioned and reproduced by official state institutions appeared the poster as an original work of art, commissioned by the artist himself.

In the 1970s, posters for various cultural events, particularly theatre performances and art exhibitions, were predominant in poster art. Sophisticated painterly and graphic techniques were used to lend a deeper meaning to the images and signs. It was assumed that a poster depicts its author’s personal view on matters. In 1974, Laimonis Šēnbergs’ poster “Man’s Thought for Progress” received international recognition at the Warsaw Poster Biennale. Along with Laimonis Šēnbergs, the most outstanding poster artists in this decade were Ilmārs Blumbergs, Juris Dimiters, Georgs Smelters, Gunārs Zemgals (1934−2018) and Gunārs Lūsis (1950).

The 1980s was the golden decade of Latvian poster art, with a particularly sophisticated image, emotionally expressive content and communicating a socially responsible message. The beginning of the decade was marked by extremely fine visual aesthetics and an intellectual message, but its end saw very journalistic posters with blunt and grotesque expressivity. The most notable artists of the period were Andris Breže (1958), Ivars Mailītis (1956), Ojārs Pētersons (1956), Juris Putrāms (1956), Visvaldis Asaris (1960), Vilnis Piķis (1958), Kristiāns Šics (1961) and Egils Vītols (1961–2010).

In the 1990s as the political and economic system changed in Latvia, posters returned to their utilitarian role. Exhibitions and competitions were held to reanimate their social and artistic value, but contemporary artists and designers could again freely use other media and means to express themselves. 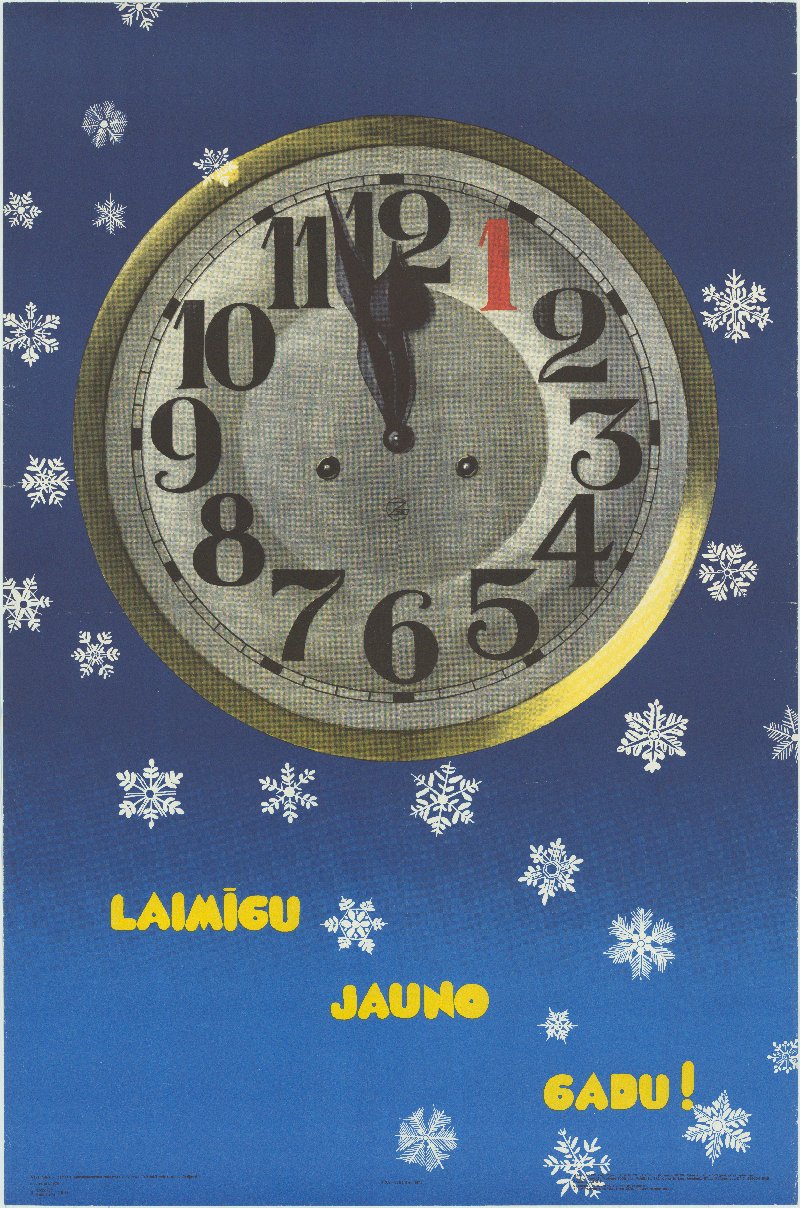 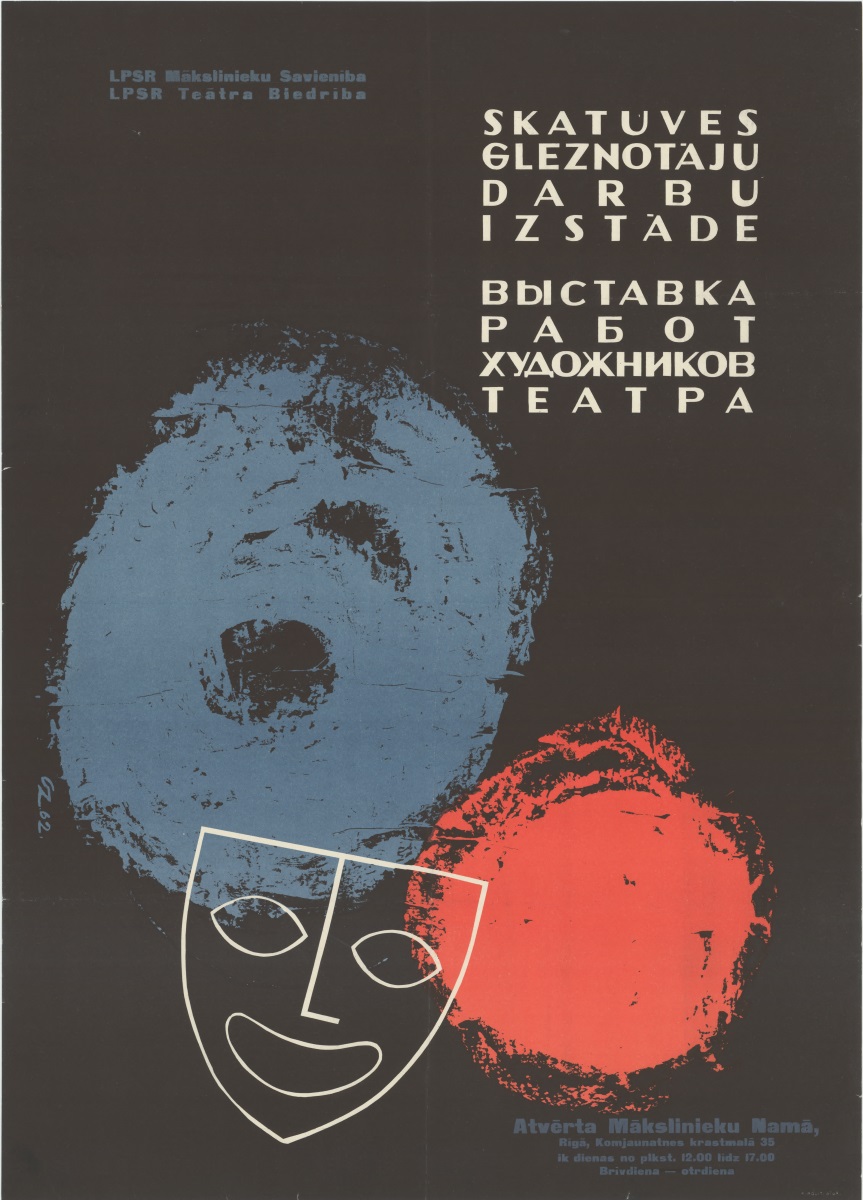 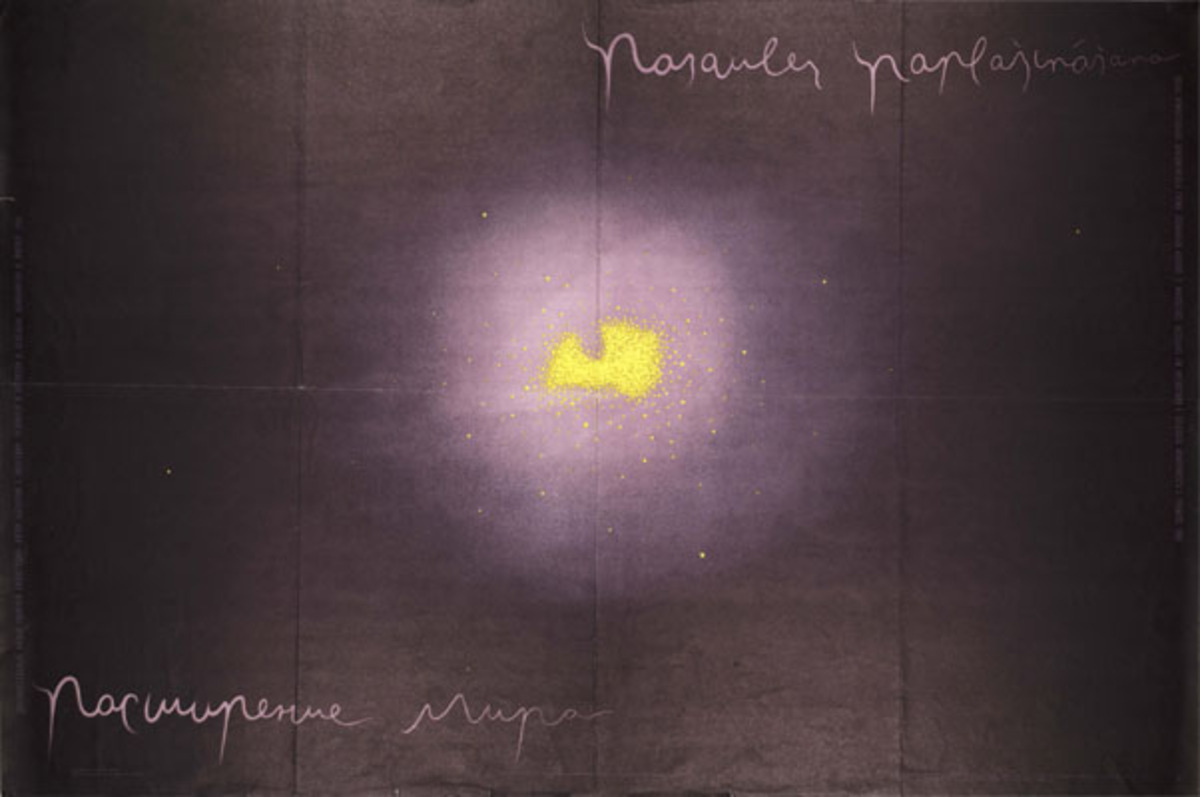 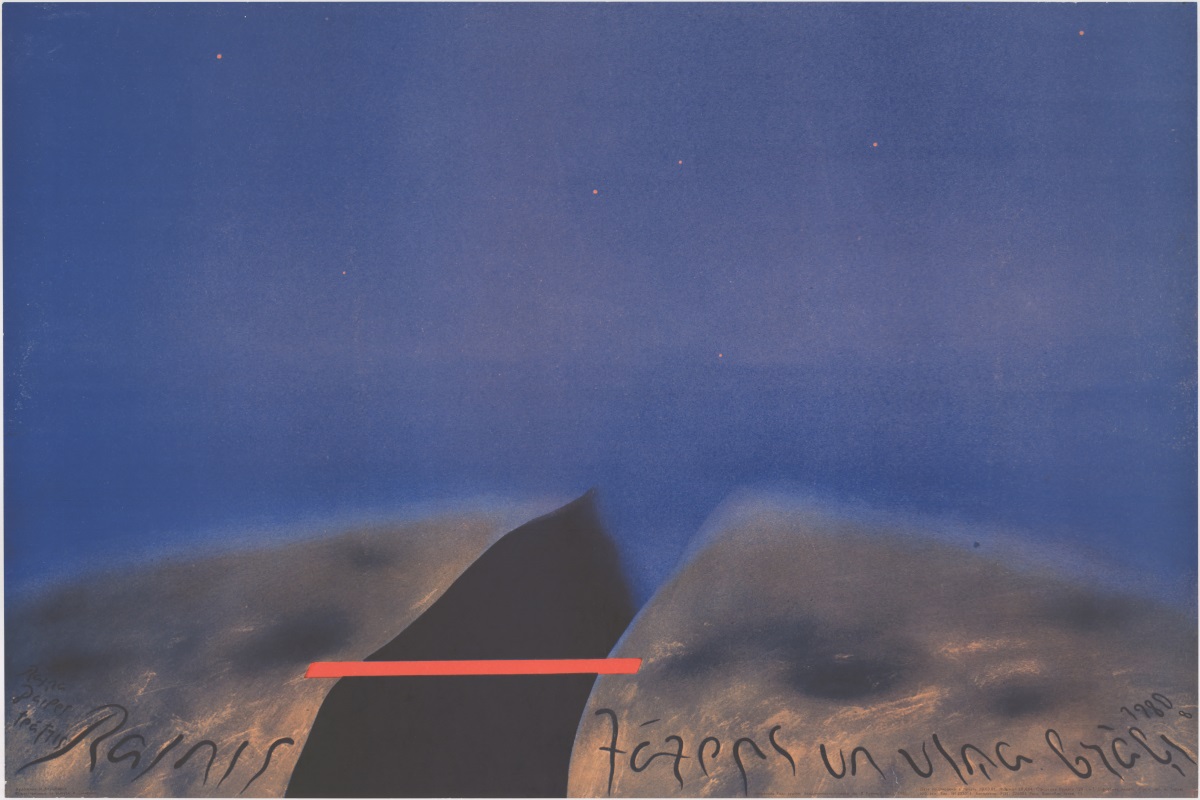 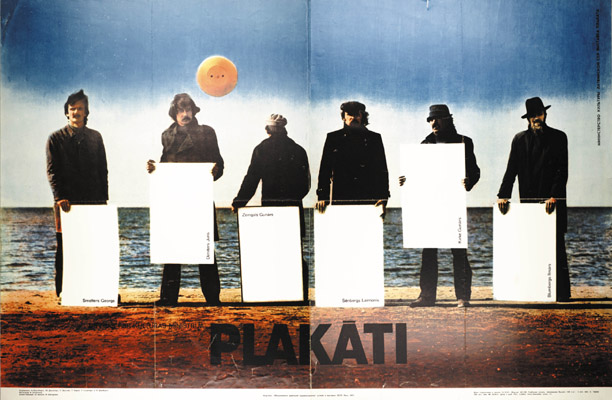 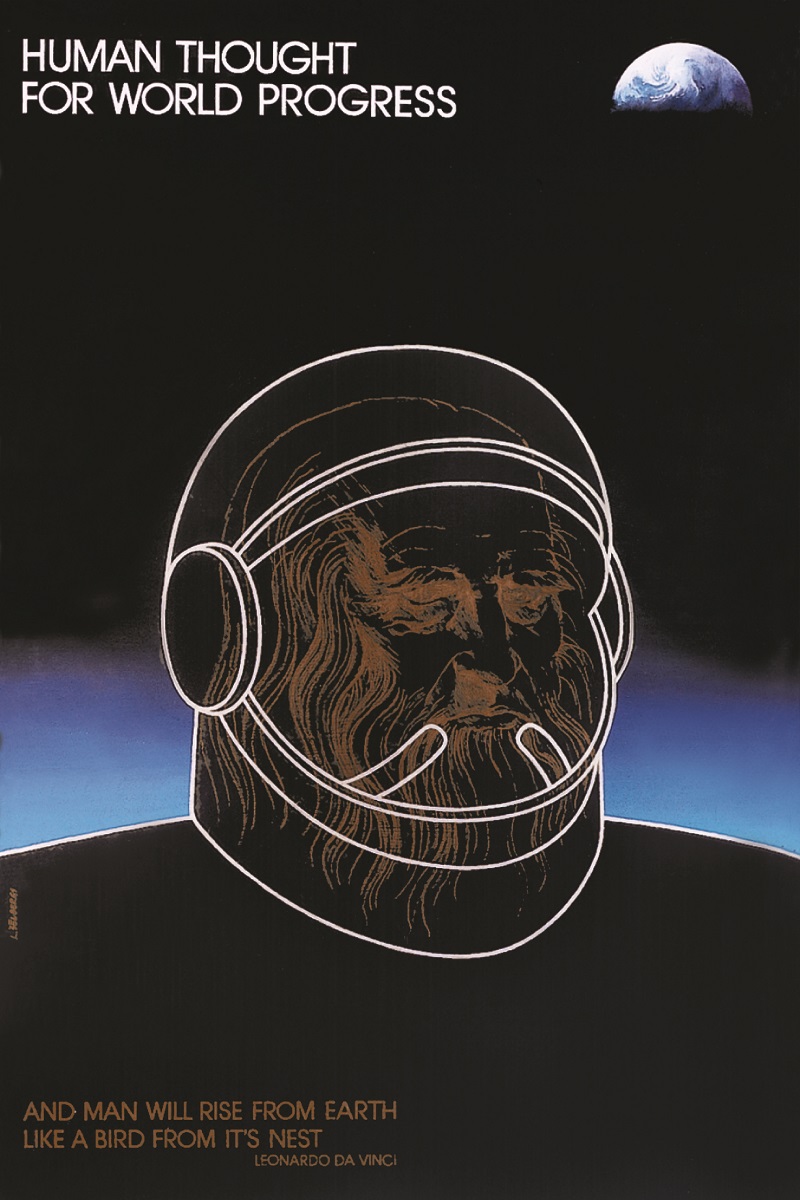 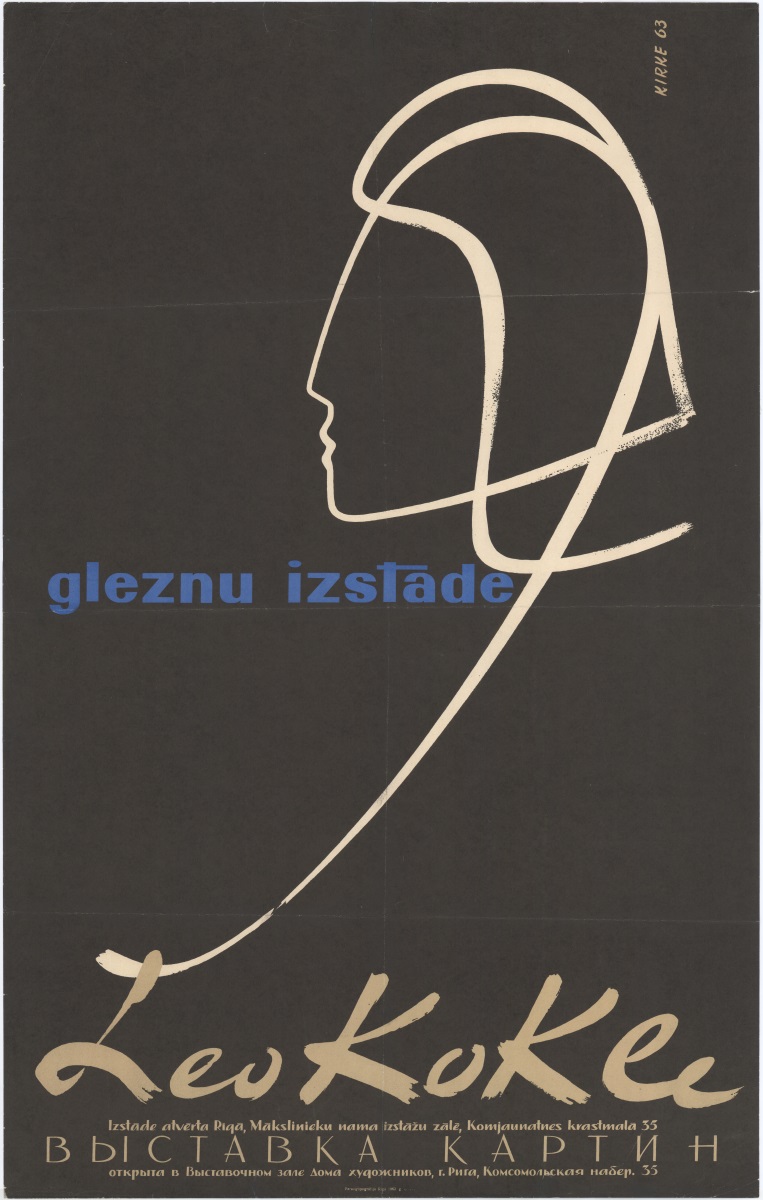 Ramona Umblija on Latvian posters in the Latvian Culture Canon, 2008. (in Latvian)

Ramona Umblija on Latvian posters in the Latvian Culture Canon, 2008.