It is no coincidence that the paintings of Ģederts Eliass have stood the test of time and are able to convey the emotional tenor of the Latvian people. Growing up on a farm in the Zemgale region, he witnessed first-hand and from a young age what rural life in Latvia was like. Depicting country life has long been a nation-building endeavour. Art made in the 1930s in Latvia was oriented towards a recognized national school of painting, which included country scenes and depictions of life on the farm. Though it was the norm at the time, the subject matter was directly relevant to many artists’ own experiences. It inspired painters, poets, and musicians alike, who could still recall their own childhoods of running around the family farm. Much of the cultural heritage and folklore of the country stems from the farm work, and from pagan rituals and beliefs, fundamentally connected to nature. The seasons and the chores associated with them have produced many songs and poems, as well as paintings.

The painting “At the Well” (Pie akas) from around 1935, shows us a typical farmstead view of a woman with her buckets at the well between the barn and the cowshed, the thirsty cows standing around her with their udders full as the darkening sky threatens with rain. The scene is from Eliass’ own family farm “Zīlēni” in Zemgale. Rather than idyllic, this view is full of life and shows us the reality of the hard work on the farm. The vibrant portrayal conjures smells of sweat, manure, and trampled grass. The coarse brushstrokes evoke the clay soil of Zemgale. The red of the woman’s shirt and the roof of the house contrast the emerald trees and sapphire sky in a style emblematic of Eliass.

Ģederts Eliass got his art education in Belgium at the Royal Academy of Fine Arts of Brussels (1908–1913), rather than in Russia, where many of his peers developed their skills, because involvement in the events of the 1905 revolution had forced the sons of the Eliass family to flee. Eliass continued his education in Paris in the studio of Jean-Paul Laurens (1913–1914). His early work is a parade of the contemporary Continental styles, mainly valued for their fauvistic use of bright and contrasting colours. By the latter half of the 1920s Eliass had proclaimed himself a realist, concerned with rural themes depicted in a rich, temperamental, even dramatic style, retaining his characteristic use of contrasting colour. He was a lecturer at the Art Academy of Latvia between 1925–1953 and authored the book “Franču jaunlaiku glezniecība” (Modern French Painting) in 1940, together with his brother, art historian Kristaps Eliass. Recognized in his lifetime, Ģederts Eliass received many awards, among them stipends and grants from the State Culture Foundation, the Belgian Order of Leopold II (1927), the Degree of Excellence from the Art Academy of Latvia (1934), and the 4th tier Three Star Order (1936). To this day, Eliass’ paintings remain evocative of a past many Latvians still remember and treasure. 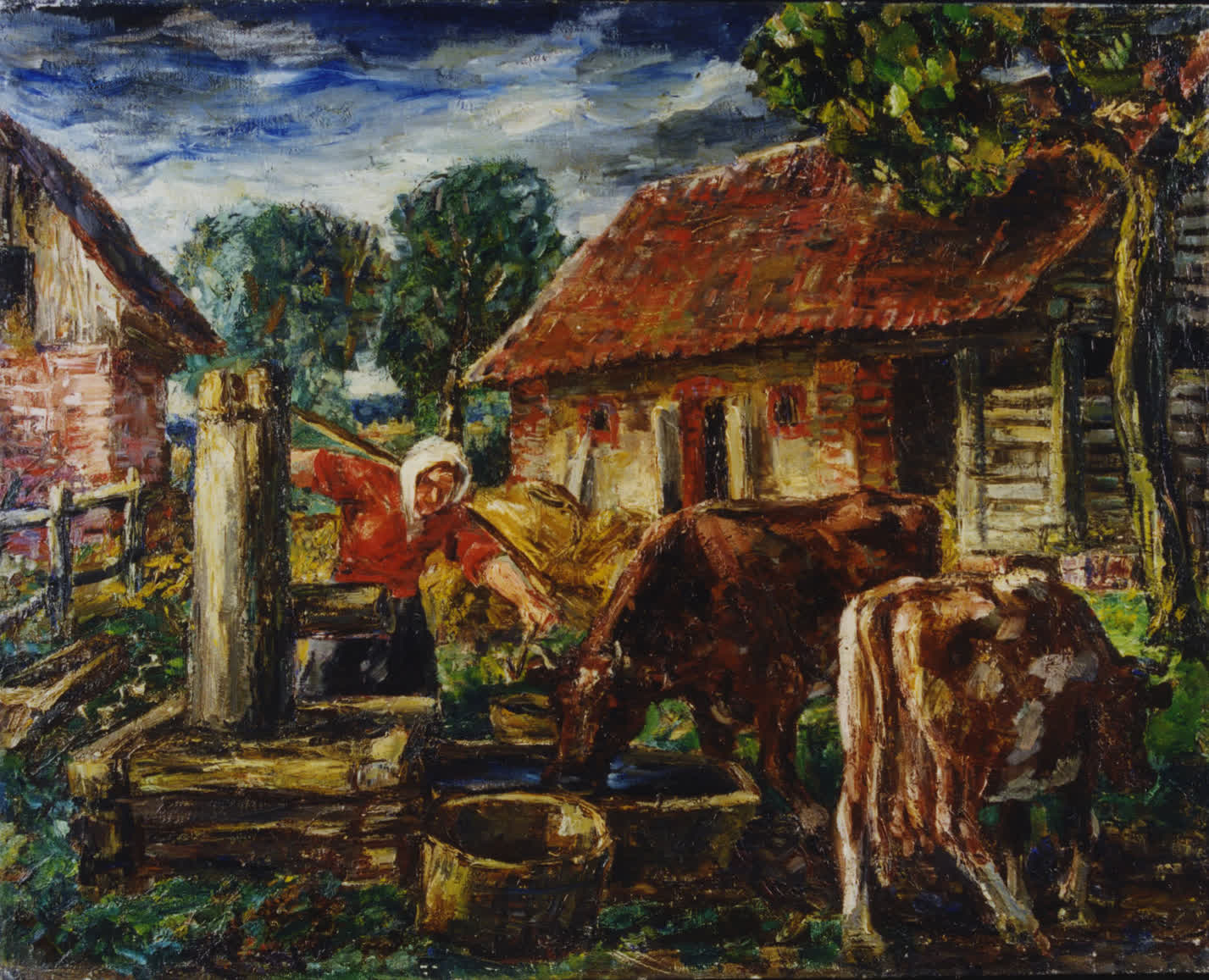 “Riga Artist Group – Ģederts Eliass” in the documentary film series “What is There So Contemporary”, Episode 7. TV Rīga 24, 2016. (in Latvian)

Story about the Riga Artist Group and a safe start. National History Museum of Latvia, 2018. (in Latvian)

Laima Slava on Ģederts Eliass in the Latvian Culture Canon, 2008. (in Latvian)

Laima Slava on Ģederts Eliass in the Latvian Culture Canon, 2008.